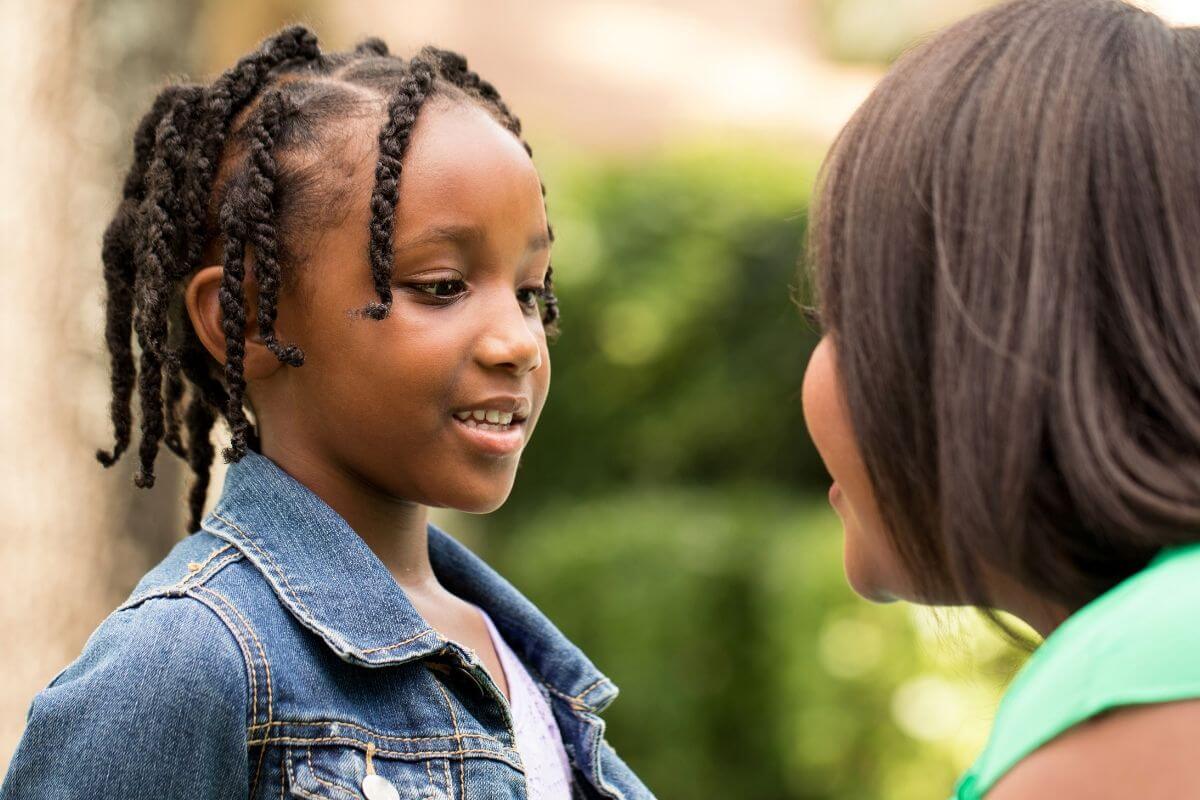 How to Use Child Custody Investigations in Divorce Cases

A private investigator can play a pivotal role in a divorce case, especially if it involves a child custody battle. In these circumstances, people hire private investigators when they either need to prove the other parent is unfit to be a custodian or to defend themselves if they are falsely accused of abuse or neglect. During custody battles, both parties are willing to go to great lengths and make a lot of false allegations to tilt the evidence in their favor.

When a judge determines child custody, they always have the child’s best interests in mind regardless of the parents’ wishes. In order to establish this, the judge needs access to clear and relevant evidence. The statements of the parents won’t be enough and this is why many choose to hire a private investigator to gather admissible evidence that will help them during the divorce proceedings.

Private investigators have the necessary knowledge and resources to uncover the truth, bring light to child custody cases, and help the judge make the right decision for the child’s best interests. However, before proceeding with the custody investigation, a private investigator needs to know more information about the type of child custody that makes the object of the trial. 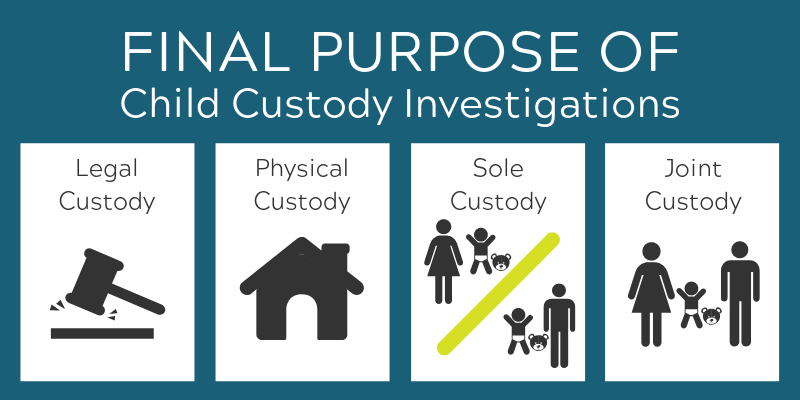 A child custody investigation can have as final purpose establishing the legal custody, physical custody, sole custody or joint custody of a child. Legal custody refers to the right to make legal decisions on behalf of a child. Physical custody establishes where the child will actually live. Sole custody implies that only one parent has the primary role in the child’s life. Joint custody allows parents to share the responsibility of raising the child and implies equal rights when it comes to making decisions about the child’s life.

The role of a private investigator

A private investigator can gather the necessary information and evidence to prove their client’s claims in a child custody case. However, they need to make sure the evidence is legally obtained and accurate because otherwise it can be dismissed by the court.

Private investigators can collect evidence from various sources depending on the type of custody investigations they’re conducting and what they’re trying to prove. If their client wants to prove the other parent has a drug or alcohol problem, a private investigator can collect evidence to attest to this. They can also help with proving if the parent hires a babysitter instead of spending their time with the child when it’s their turn to care for her or him.

A person might hire a private investigator when they’re trying to establish the value of child support. It is common for the parent who has to pay child support to do everything possible to hide their assets and sources of income. Private investigators know how to conduct comprehensive asset searches and find all hidden assets.

Usually, child custody cases rely on evidence such as pictures, videos or records that attest to the claims of the person who is trying to make a case against the other parent. However, the proof needs to be gathered legally by a licensed private investigator.

Investigators don’t have the same rights as the police do. They are not allowed to enter private property without permission or access records that are not made available to the large public. Nevertheless, this doesn’t mean they can’t find ways to get access to the much-needed evidence.

Private investigators are allowed to follow the person of interest and even take photos of them as long as they’re in a public place, like a grocery store, the park, or the front yard. They can see how the parent interacts with the child, if they are involved in any type of criminal activity or if they have a lifestyle that might endanger the child, like drug abuse or an alcohol problem. As a matter of fact, surveillance plays an important part in conducting child custody investigations if they are done right and following the letter of the law. However, a court will never accept photos taken on the person’s property or in their house.

Background checks also play an important role in a child custody case. Private investigators can conduct complex personal and criminal background checks that can reveal important information for the custody investigation and divorce case. Sometimes, it’s enough proof of reckless driving or speeding caught on a video camera to change the odds and determine the judge to look twice on the evidence before making their decision.

Talking to witness and stakeouts are also on the table when conducting custody investigations as long as they are respecting the law. For example, a private investigator is not allowed to use GPS to track the car of a person of interest. There might be an exception from this rule if the private investigator has the permission of the car owner to use a GPS, but this is only helpful for cases that target a cheating spouse that drives the car of the investigator’s client. 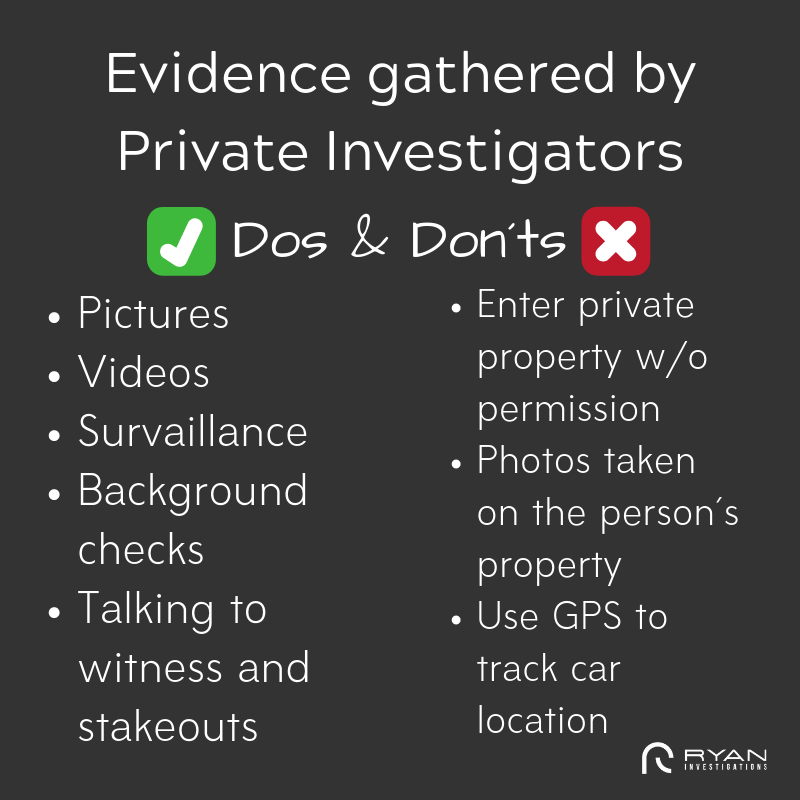 When trying to gather evidence for a child custody case, the most important thing to do is to make sure you hire a licensed private investigator. Licensed and experienced private investigators know how to handle evidence and use the proper techniques to gather the information they need. They also know the divorce laws and other relevant laws to make sure they act according to them and don’t compromise the evidence. This is the only to go in front of a court with admissible and useful evidence for your child custody case.

Need an investigator for your divorce case? We can help.

Provide your details and receive a Free consultation with a licensed investigator.